Ree Island and Its Elegance Beach in Southeast Maluku Regency 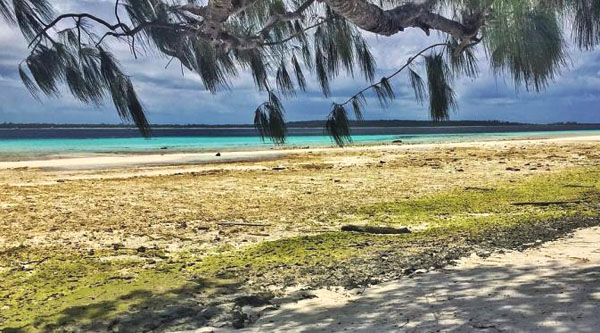 Spending time in nature helps everyone to relax and eradicate stresses. The question is where the location is, as each nature attraction offers distinct beauty. In Southeast Maluku Regency, there is a stunning island called Ree. The island is famous for its white sandy beach and beautiful sea views with its both sunrise and sunset. It has an easy accessibility, so everyone is able to reach it without hassles. Not to mention visitors can do numerous fun activities in this area such as throwing a BBQ party, playing firecrackers, camping, and water sports.

The Nuance
The beauty of Ree Island is undisputed, as it is covered by lush plants and majestic landscapes. When it comes to the beach feature, the island’s pride is its beach. It has flawless sea scenery and comfortable atmosphere. The waves are moderate and the color of the sea is blue or Tosca. As mentioned before, the sand is white and there are some pine trees growing near to it. All of these features create a stunning nuance in the island and all visitors can take advantage of it. No wonder, the island becomes a good location for relaxation.

Exploring Ree Island
The question is what people might do in Ree Island. The most common thing to do is to throw a barbecue party, as the island has many spots to relax. Usually, tourists choose the beach to perform such activity. Moreover, it can be done either with friends, families, or colleagues. With seafood as its main menu, the BBQ party is going to be a superb event to enjoy. As for the additional menu, grilled corn is the best choice. All of these foods combine with a merry nuance in the beach and the chattering sound of other visitors. It’s great, isn’t it?

The next popular thing to do in Ree Island is to enjoy the beautiful evening with close people. For instance, it is as fun as playing firecrackers and fireworks. That means Ree becomes a perfect destination for spending a wonderful New Year’s Eve. It doesn’t have to be such yearly event, though. Tourists can enjoy it anytime, as long as they have prepared the schedule and the firecrackers.

What’s next? It is to enjoy a small adventure on the island. Despite the small size, Ree is worth an exploration. That means hikers and adventurers are able to spend a good time there. Apart from the beach, the island has other types of landscape as well. For those who don’t like adventure, photography can be an alternative.

How to Get There
For those who come from Jakarta, the trip takes about 7 hours using an airplane and the destination is Dumatubin Airport in Langgur City. From there, travelers only need to reach Tual Port and ride a speedboat to Ree Island. This voyage takes about 3 hours, but it takes longer if tourists use a ferry. Not to mention it involves a checkpoint before reaching Ree, which is Walir Island. Despite the long voyage, it is rewarding!