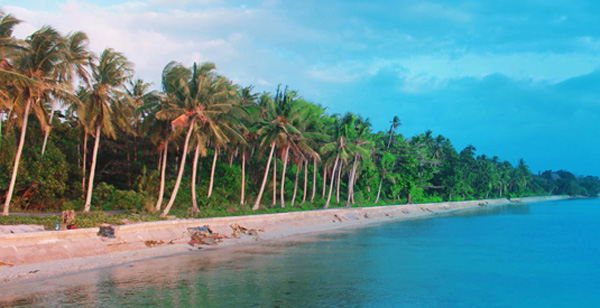 Located near to Papua Island, Southeast Maluku Regency offers a wondrous archipelago called Kei. It consists of beautiful islands and one of them is called Dullah or Du. For travelers, the island can be a perfect choice to enjoy water sports and relaxation. Thanks to the breathtaking beaches. Apart from that, there is Tual City. That means any visitors can explore the city and enjoy all attractions provided there. The combination of nature attractions and city adventures won’t disappoint everyone. That’s for sure.

The Nuance
As mentioned before, Dullah Island has beautiful beaches. These are the best attractions of the island, after all. The white sand and lush coconut trees are the main features of those beaches. Not to mention the calm and clear seawater lure any visitors to get in it. No wonder, water sports are quite popular there. These include swimming, snorkeling, and diving. As for Tual City, tourists can find different types of structures and factories. Some monuments also lie in this city, so visitors can explore an unlimited attraction there.

Exploring Dullah Island
Both Dullah Island and Tual City are worth a visit, as they offer distinct attractions. Still, they share similar characteristics, which are dominated by the sea and nature tourism. The first thing to do is to explore the beaches. Many options of coastal areas make the island a worthy vacation destination. These include the tempting diving spots and snorkeling areas. As long as you have the references, you are able to explore them all. In this case, a help of a tour guide is quite recommended.

There is one rule when exploring Dullah Island, which is to take care of the environment. Simply said, all tourists should never ruin the nature and litter. Being careless with the environment only makes you a bad guy. For instance, don’t throw trash inappropriately as you may ruin the sea and environment. Just because it is allowed to carry snacks and drinks to tourist spots, doesn’t mean you can litter. It is the basic rule for everyone, actually. Both the locals and visitors should know it.

A small adventure in Dullah Island is quite worthy. What’s next? It is the extra adventure in Tual City. According to the locals, Tual was formed by the Dutch. To be exact, it was a specific organization called Recht Strek Bestuurde Gebeiden. After the Independence of Indonesia, Tual becomes the part of Maluku Province and it becomes an autonomous region in Indonesia. Today, it is part of a tour package to Kei Islands. Are you interested?

How to Get There
From Langgur City, the distance is only 5.2 km. That means you can easily reach Dullah Island or Tual City regardless of the type of vehicles you are using. Approximately, the trip takes 15-30 minutes and the best route is Jendral Sudirman Street. What about those who come from Jakarta? In this case, the trip takes much longer as it involves an airplane. There is an airport in Langgur City, which is called Dumatubin.