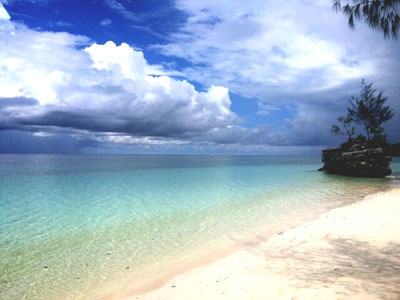 Many options of charming beaches are available in Southeast Maluku Regency. One of them is called Daftel, which is located in Kei Besar Island. Not only it is beautiful, but it is also quite calm. Most tourists come to the beach to enjoy beach walking, swimming, snorkeling, and other fun activities. Some of them even carry a camera and satisfy their photography passion, as the landscape of the beach is quite mesmerizing. Not to mention it has a great accessibility, which can be accessed from different locations.

The Nuance
Like many other beaches in Southeast Maluku Regency, Daftel Beach offers stunning sea views with white sand. The crystal clear water also becomes the prime attraction in the beach, and it lures more tourists to get in it. The next primary feature is the lone coral reef, having the shape of a ship. On top of it, a small tree and bushes grow beautifully. When it is about the nuance, Daftel offers flawless sea scenery and comfortable atmosphere. Above all, the wind is warm and gusty!

Exploring Daftel Beach
Daftel is famous for its beauty, as it features crystal clear seawater and soothing atmosphere. Such exotic nuance would definitely attract photographers and those who love nature. The white sand and some stones combine into a wonderful landscape. That means tourists can simply go beach walking, sightseeing, taking photos, and more. As an alternative, it is even possible to relax near to the beach. Here is an idea. It is better to carry some snacks and drink when enjoying such relaxation!

Apart from the comfy nuance, Daftel Beach is famous for its cafes. That means visitors can enjoy good foods and drinks when enjoying the beauty of sea scenery. Even though it is not the same as Bali’s cafes, the quality never disappoints the guests. Next, it is time to enjoy the heat of the sun in the afternoon. It is because the beach is also popular for sunbathing. Thanks to the soft texture of the sand and the warm weather.

With many options of fun things to do in Daftel Beach, tourists can pick the most suitable one for their holiday. Families, couples, backpackers, and foreigners are able to get a fun experience there. Some people also come to Daftel to retreat from their busy city life, as the comfortable nuance of the beach helps them to relax. Not to mention the local government has provided some facilities, including the cafes. There is no reason not to drop by in Daftel.

How to Get There
Daftel Beach is located near to Elat, which takes about 10 minutes. However, it takes much longer for those who come from different regions. What about people from Jakarta? Well, the best transportation would be an airplane and the destination is Dumatubin Airport in Langgur. From Tual, it is time to take a ferry to Kei Besar Island. From such location, travelers need to head to Elat and ride an “ojek” to Daftel Beach, which is located in Ohoilim Village That’s all.