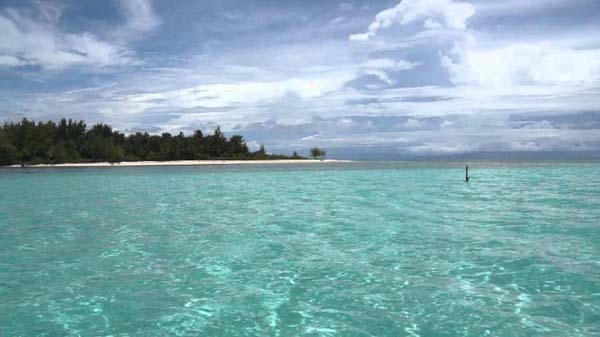 Indonesia is an archipelago country and even some of its provinces consist of small islands. For example, there is Maluku Province. It offers a beautiful formation of small islands, which is called Kei Archipelago. The location is in Southeast Maluku Regency and it lies between Seram, Arafuru, and the Banda Sea. Not to mention it consists of two major islands called Kei Besar and Kei Kecil. The big one is famous for its green hills and lush environment, while the small one is famous for its stunning white sandy beach. Both of them are worth a visit, though.

The Nuance
It is hard to describe Kei Archipelago, as it consists of different parts. Not to mention many types of tourist attractions are available there. When it comes to the coastal area, you may see stunning white sand and shady coconut trees. The water has moderate waves and clear visibility, so it is suitable for water sports. The sand has soft and comfortable texture, while the color is white. The prime city is Langgur, which is the capital of Southeast Maluku Regency. Also, tourists have many options of vacation destinations there.

Exploring Kei Archipelago
Kei Archipelago offers tons of tourist attraction, so the one-day holiday is never enough. The lush green hills and sloping beaches may never disappoint visitors. That means you have two primary fun activities, which are trekking and beach walking. The first option is suitable for those who are visiting nearby hills that come with footpath and stairs. Somehow, it takes lots of efforts to reach the top of the hill so you must carry bottled water and come with good stamina. Now that’s only the beginning.

When it comes to the coastal area, the most favorite option is Madwaer Beach. The white sand and a formation of coconut trees provide a comfortable nuance to tourists. At night, you can even conduct a BBQ party with lobsters as its special menu. As an alternative, drinking fresh coconuts is quite rejuvenating! With all these interesting activities, you can spend wonderful family vacations or even a honeymoon in Kei! For a better experience, there is Nukahai Island.

That small island (Nukahai) is easy to reach, as you only need to rent a small boat in Kei Kecil Island. Not to mention the voyage only takes a few of minutes. The soft and white sand is stunning and the water looks peaceful. From this location, you can see a flock of seagulls wandering in the shoreline. Next, it is time to visit a neighboring island called Ohoieu, which is famous for its snorkeling spots. Be careful with the big waves, though.

How to Get There
From Kupang City or other provinces, you can simply take an airplane to Dumutubun Airport. From there, your primary checkpoint is Langgur City. It takes about 30 minutes, and the distance is 16 km. Several types of local transportation services are available, so you can choose wisely based on your budget. When it comes to accommodations, both expensive and cheap hotels are available. Make sure to conduct a research first!